There is a lot of negative conversation surrounding  the world of Facebook and Instagram that I just want to remind you that there can also be so much good- if it is used that way.  The experience I want to share touched my life and I never would have had it if it weren’t for social media.

This experience has taught me to use it for good whenever I can and to act on those promptings that come our way.

I really love the yard sale pages on Facebook.

They are groups formed of people in your area where you can sell and buy things from each other.

A few years ago someone was selling colored twine and I thought “Oh, yes, I have to have it!” I commented that I wanted one roll and asked for her address, telling her I would pick it up in two days.

As it turned out two days later we found out we were having a chemical pregnancy after our second round of IVF and it ended up being a particularly hard, emotional day for us.

The thought of driving anywhere and seeing anyone was the furthest thing from my mind, and somehow the twine was forgotten.

Until the girl selling it sent me a private message.

There I sat,  downstairs in our basement on our computer with  tear stained cheeks,  my body exhausted as I opened up the private message she sent me via Facebook.

“Just wondering if you were still interested in the red/brown roll of twine. I’ve set it aside but there are others interested.

Also, maybe this is super creepster-y, but I usually check out the people coming to my house and I have to say, your family is adorable! You look happy and bright! I’m assuming you’re just really good at letting your light shine!”

Those last two sentences snapped me back into reality. In that moment my heart skipped a beat as I stared at my computer screen.

It was so clearly a message sent from above through an angel on earth.

It was exactly what I  needed to hear, it was so clear and distinct that I knew without a shadow of a doubt that this girl, who I had never met, was supposed to send that message to me.

It was meant to lift my spirits.

It  was meant to show me that my Savior, Jesus Christ, and my loving Heavenly Father were aware of me. Of my family. Of my hurt heart and broken spirit.

Because this was the day that our HCG level was confirmed to be going down {from a number of 51 down to 20}and  was the day we had to come to terms with quite possibly never having anymore children.

We had decided that if this last attempt at IVF failed, we would take a break and it would quite possibly be the last attempt we would make to get pregnant doing fertility treatments.

Not getting pregnant, and knowing we were “done” with the treatments and medications- knowing that  unless a miracle occurred-  we would not be having any more babies- was THE hardest thing.

Something I still cannot fully comprehend or wrap my head around.

That first day I felt so broken, and lost, and alone and hurt.

I was questioning if my family could really be complete with just the four of us, I was afraid to accept that our family may not being anything more than it was.

But through the kindness of a stranger, I felt such a strong message that yes, my family can and will be just fine.

That my sadness didn’t need to define me. And although, the grieving of never being pregnant again just might take a life time to fully heal, I still had a beautiful family that can shine just as it is.

I sat there that night I began to cry again. But this time they were tears because I was filled with an overwhelming feeling of love.

I look for tender mercies in my life with just about everything that happens, because I have to in order to feel peace and be okay with trials sent out way.

The words that stranger wrote   felt like it was God’s way of literally shaking me awake, telling me He was there.

I didn’t want to freak this girl out, but I quickly wrote her back and told her how much her message meant to me, how much I needed it. I told her briefly about our fertility struggles.

You know what? I definitely felt like I needed to tell you that!….Thank you for being so open with me! Sometimes you follow a prompting and think you’re a weirdo

She then went on to tell me that she and her husband recently did their third round of IUI which was unsuccessful.   I was able to tell her that we conceived our girls with IUI, which brought her some faith and comfort that it can happen that way.

There were too many coincidences to make the whole experience nothing short of having the hand of the Lord in it.

I know that girl was prompted to say those things to me, I know it was a miracle in my life, at the right moment. I am so grateful for this kind stranger, who acted on the prompting to give  such a wonderful compliment on my family.

It was a simple thing that brought me a few moments of peace and clarity during a time where there was nothing but heart break.

I know she was prompted to say those things to me and  I know it was a miracle in my life- at the right moment- to remind me that my family is amazing and perfect, and we can accomplish so much and let our lights shine- just the four of us. 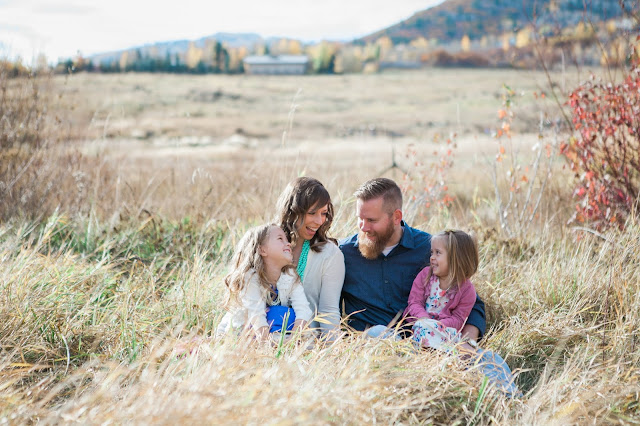 Previous Post: « How To Find The Perfect Fertility Doctor
Next Post: My Thoughts On Bringing The Holidays Down a Notch »